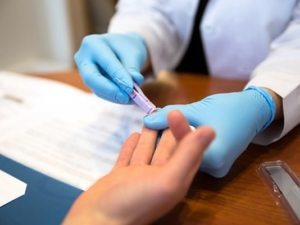 This month, the Mississippi State Department of Health announced a change to HIV and sexually transmitted infection (STI) testing. In response to state budget cuts, HIV and STI testing will no longer be offered for free. Beginning July 1, many people seeking testing will be required to pay a $25 fee to cover the cost of testing and associated lab work. Some people may be able to pay on a sliding fee scale, and testing will continue to be free for people under age 18.

“This is a big deal,” said Dázon Dixon Diallo, DHL, MPH, CEO of the Atlanta-based HIV nonprofit SisterLove. “A fee of $25 can be formidable for some [people].”

Registration for AIDS/LifeCycle 2023 is OPEN!

Stay in the loop about all things AIDS/LifeCycle 2023 by filling out this short email form.