Registration for Cyclists is closed, but there's still time to join AIDS/LifeCycle 2022 as a Roadie or an @Home Hero!
REGISTER TODAY! 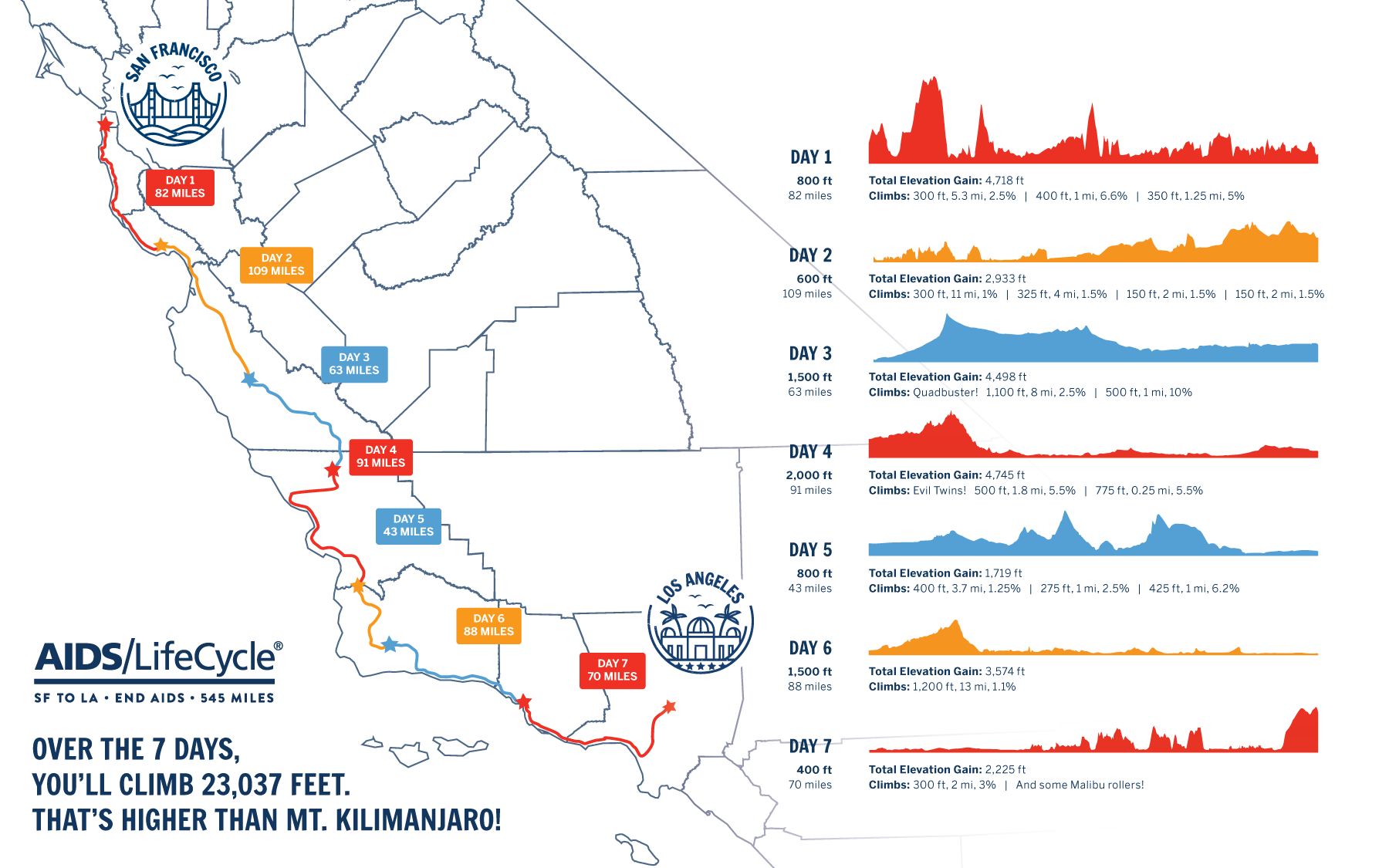 By being a part of AIDS/LifeCycle, you will help us work towards the following:

AIDS/LifeCycle is a 7 day, 545-mile bike ride from San Francisco to Los Angeles, co-produced by and benefiting San Francisco AIDS Foundation and the Los Angeles LGBT Center. We make sure that pedaling those miles is all you have to focus on – our teams take care of the rest. Throughout the year, we’ll have opportunities and events to help you train, fundraise, and make it to the starting line with water in your bottles, air in your tires, and everything else you need to be ready for the Ride. The event raises awareness about the ongoing HIV/AIDS epidemic and funds services such as HIV testing, prevention, care, and much more.

Since 1993, when the Ride began as a for-profit event called “California AIDS Ride”, participants have raised more than $220 million and completed more than 42,000 journeys on bikes from San Francisco to Los Angeles. 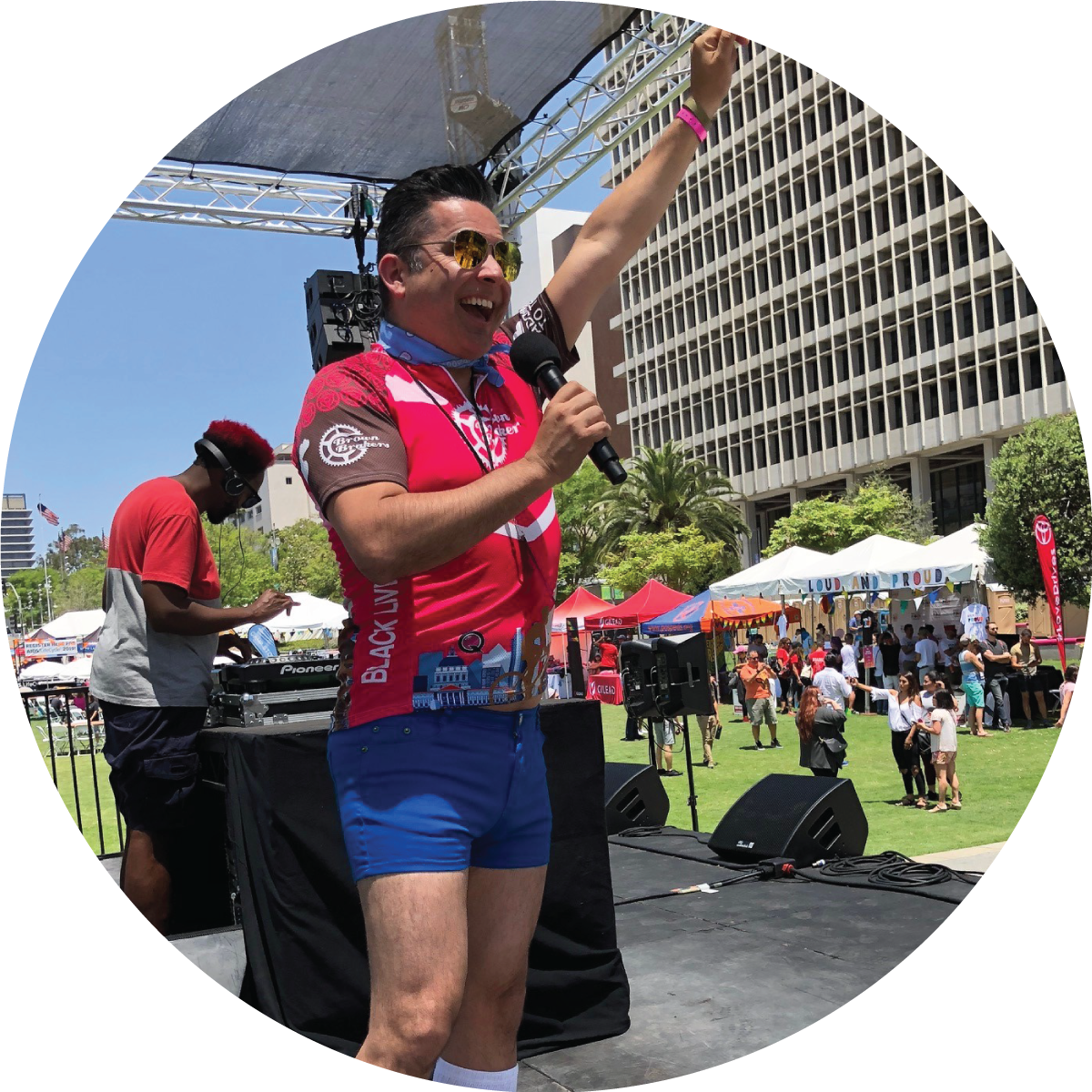 “Anyone who has participated as a Rider or Roadie in AIDS/LifeCycle knows about the magic of the community and event,” said Russell Roybal, Chief Advancement Officer. “The funds generated from the Ride ensure that we’re able to share that magic–in the form of community support and life-saving health and HIV services–with more than 25,000 clients and community members every year.” 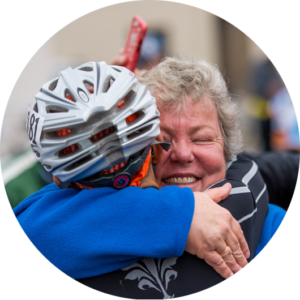 “The dedication of our riders and roadies—and their generous donors—makes it possible for us to provide vital medical care and services to people living with HIV and to provide prevention tools, including PrEP, to those most at risk of becoming infected,” said Los Angeles LGBT Center CEO Lorri L. Jean. “As the Center celebrates our 50th anniversary, we salute everyone who is part of the amazing AIDS/LifeCycle community working tirelessly to end AIDS.”

Despite remarkable progress that has been made since the disease was first discovered in 1981, the HIV/AIDS epidemic is far from over. In the seven days it takes AIDS/LifeCycle to reach Los Angeles, more than 650 people in the United States will become infected with HIV.
©2022 AIDS/LifeCycle   ·

Be the first to know about earlybird registration!

Thanks a million! You’ll be the first to know.