On November 29, the Getting to Zero San Francisco Consortium created space for discussion and reflection on the health inequalities experienced by San Francisco’s Black and African American communities. After an overview of current HIV epidemiology data in San Francisco, presenters discussed the structural challenges that lead to worse health outcomes for African Americans—and the critical need for everyone to address these as part of any city-wide HIV plan. 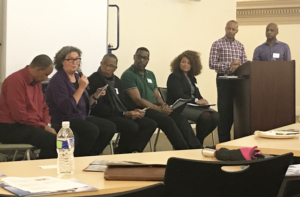 “We keep seeing health disparities [for African Americans],” said Mike Shriver, co-chair of the HIV Community Planning Council. “We need to re-frame this to be about justice. It’s about economic justice, it’s about gender justice, and it’s about racial justice. Disparity is a way to name the problem, but not own the problem.”

In San Francisco, the highest rates of new HIV infections are among Black men who have sex with men. PrEP—a highly effective method of HIV prevention—is used at a lower rate among people of color. And among people living with HIV, African Americans and Latinos have lower than average rates of viral suppression.

Why are African Americans disproportionately affected by HIV?

Interested in registering for AIDS/LifeCycle 2021? Submit your info and we'll let you know when registration opens!

Thank You!
We’ll send you an email with more information about AIDS/LifeCycle soon.